Today our Junior White team played an exciting draw with our neighbours St. Mary´s, Rathfarnham to conclude our programme of matches in the Cumann na mBunscol leagues for 2017. Our four football teams played a total of 23 matches since early September, with over 100 boys representing the school. No medals or trophies were won this year but all the boys can be proud of their efforts, skill and sportsmanship. A special word of praise for our senior team who won their group impressively. They put up a titanic struggle in the semi-final, in torrential rain, before just coming up short against St. Michael´s who went on to win the final easily. Our two junior teams showed plenty of potential for the future with even a few 3rd class boys getting the chance to play. We thank all the teachers for giving their time and coaching expertise, including those who supervised the 3rd & 4th class league in the VEC grounds (organised by Mr. Concannon with some 6th class boys refereeing). Go raibh maith agaibh go léir!!
Click on the links for some photos. Junior teams photos Senior teams photos 3rd & 4th class league photos 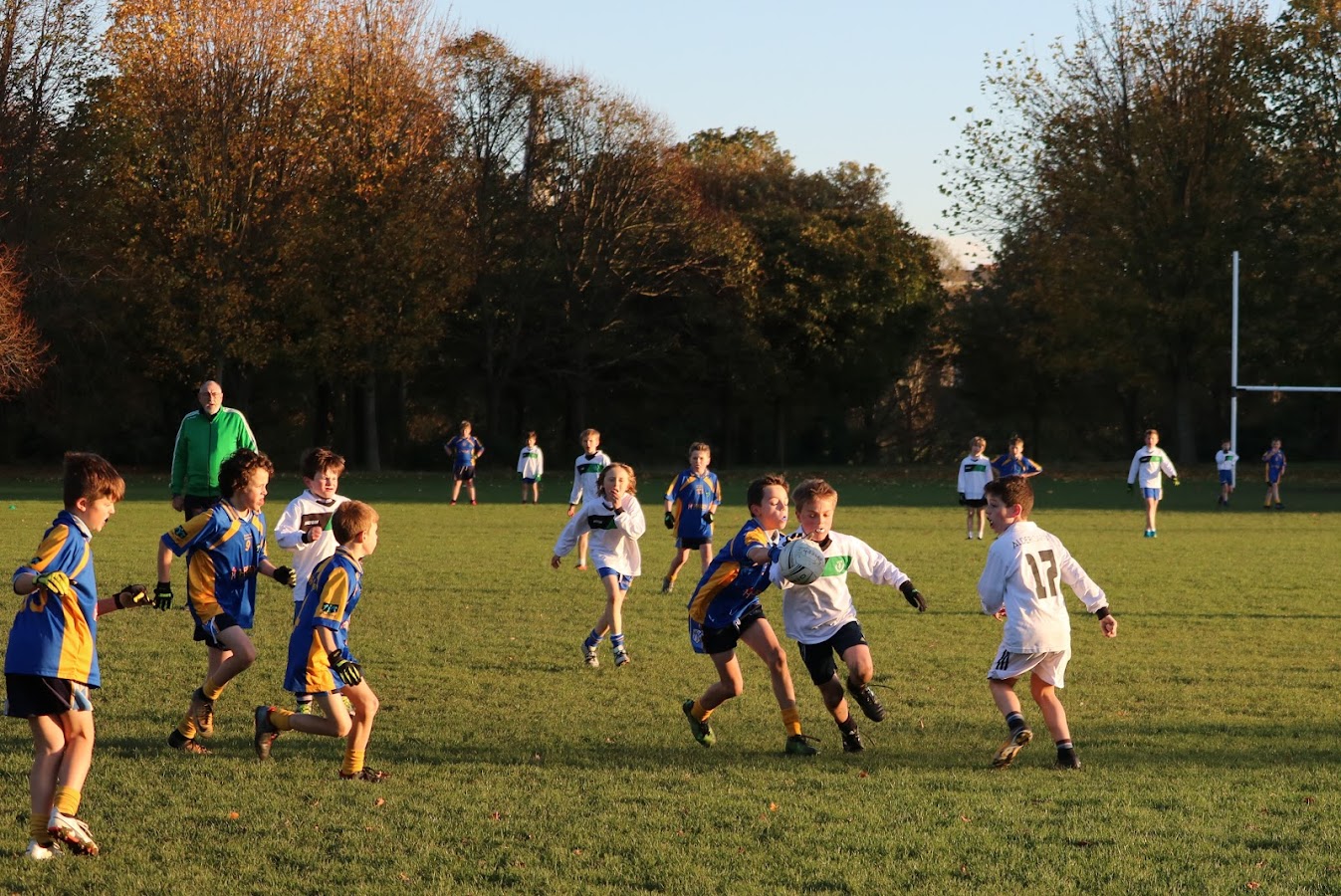