The third term is always a very active one in St. Joseph´s and we look forward to welcoming Melina back in a few weeks in the runup to our school sportsnight on June 7th(a date for your diary). Already this week we´ve had a cricket match, a tag rugby blitz and a cross-country event(photos here). The Cumann na mBunscol hurling leagues starts this week(photos will be uploaded here) and Santry athletics is also penciled in for May (22nd & 31st). We also say well done to our past pupils who were involved with the successful Faughs Under 14s in a fantastic weekend of Féile hurling. Cross country finals day.
Shot put Hurdles 2016 Hurdles 2015 Hurdle drills More drills More athletics videos Eoghan´s great performance last year
Cricket-How to bat

Following an excellent series of coaching sessions with Diarmuid Lynch of Leinster Cricket we had the opportunity to play in the Blue Insurance Leprechaun Cup for primary schools. A number of 6th class boys represented St. Joseph’s vs. Scoil Mobhi, Glasnevin at Sydney Parade today and came out on the winning side by five wickets. For most of the boys it was their first experience of a proper cricket match but our captain, Finn has played cricket in sunnier climes down under. This showed as he took two quick wickets and his fast bowling was backed up by Chris and Nawfal who also took two wickets each. However Scoil Mobhi batted well and scored a fine 85 runs all out. Our batting was also good and Gavin was our leading batsman with a cracking 26 before he was run out. Finn, Aaron and Ryan all kept the scoreboard ticking along towards the target and just as some hailstones started to fall, in the 17th over, Brendan(11 not out) clipped the ball to the boundary for the winning runs. Well done everyone and our thanks to Scoil Mobhi for an enjoyable, sporting game. Also we are grateful to Diarmuid and Brian of Leinster cricket. More photos here. Cross country April photos 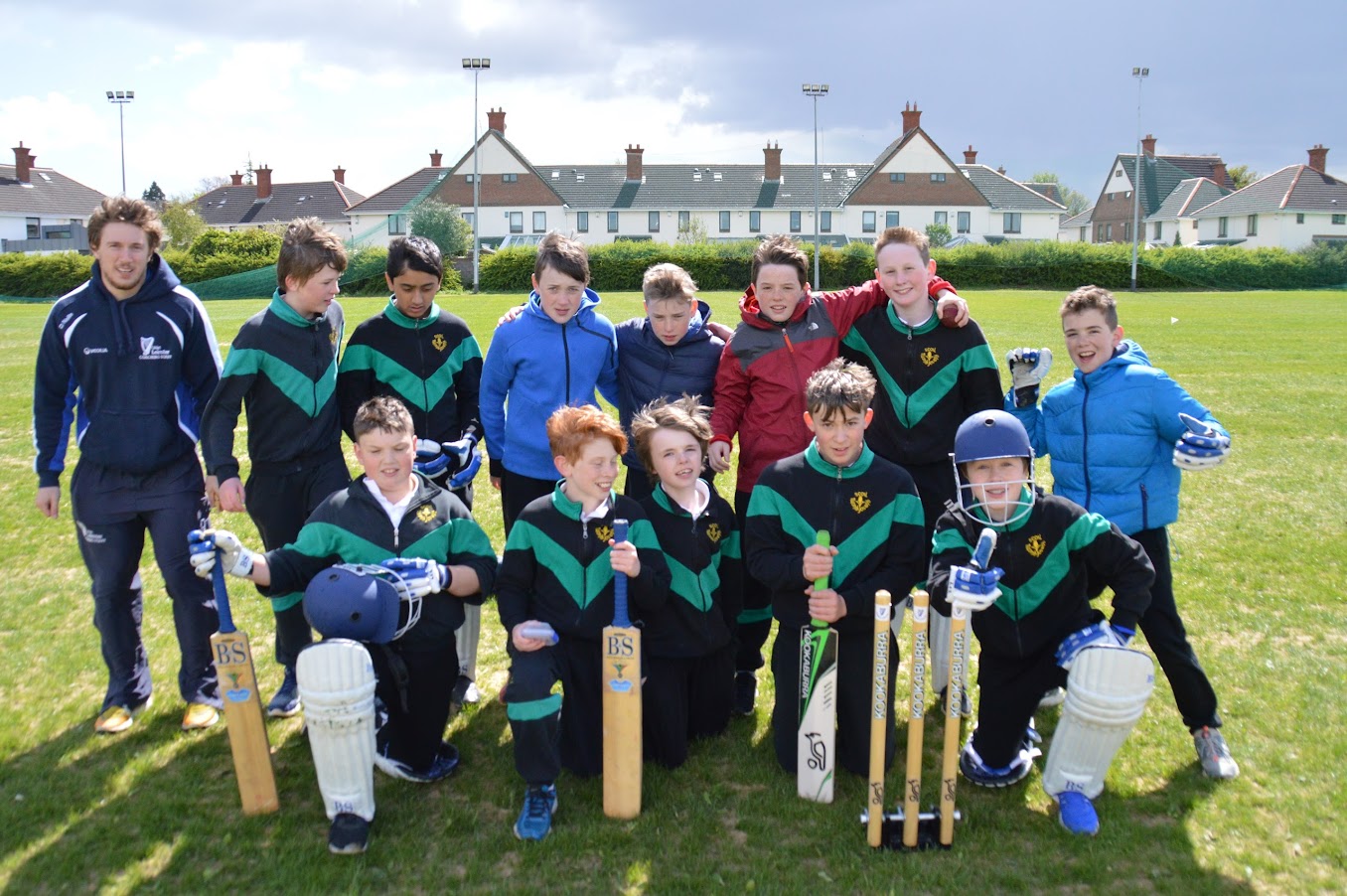 A great win today for our school team over a strong Ballyroan team with goals from Conor and Darragh. We also took part in the SPAR FAI Primary School 5 a side recently. 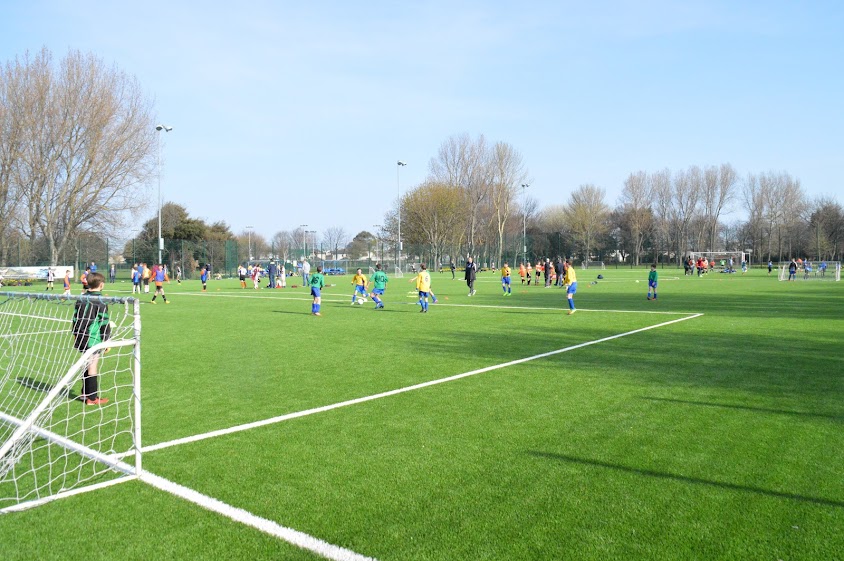