The North Atlantic hurricane season runs from mid August to mid October. Most of these hurricanes move west towards the Carribean and Florida like Hurricane Dorian which recently devastated one of the Bahamas. Some then turn eastwards towards Europe bringing us a wet and windy day as these storms lose some of their power because the seas around Ireland are too cold. However Hurricane Ophelia came directly up over Ireland in 2017 causing some damage and closing all schools for two days! Now Hurricane Lorenzo is also coming close to Ireland. Watch its progress here through one of the much talked about computer models. You can zoom in on Ireland on the live windspeed map here. Find out more here about why as the earth’s climate warms, hurricanes may become a more familiar sight in Europe in the coming years. 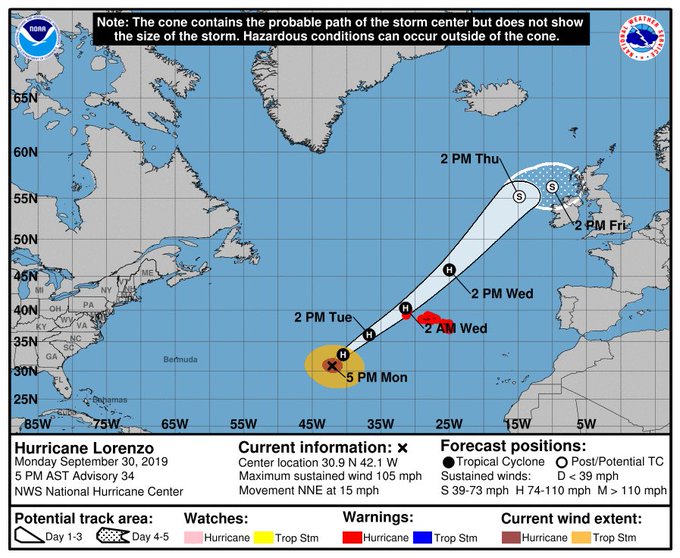