This week is the 2017 European Week of Sport and Physical Activity and here in St. Joseph´s we have an exciting week planned culminating in National Fitness Day on Friday when some boys will be taking on the teachers in a sports challenge! St. Joseph´s was recently nominated for the #BeActive Education Award by the Irish Sports Council and narrowly missed representing Ireland at the European awards in conjunction with this week. 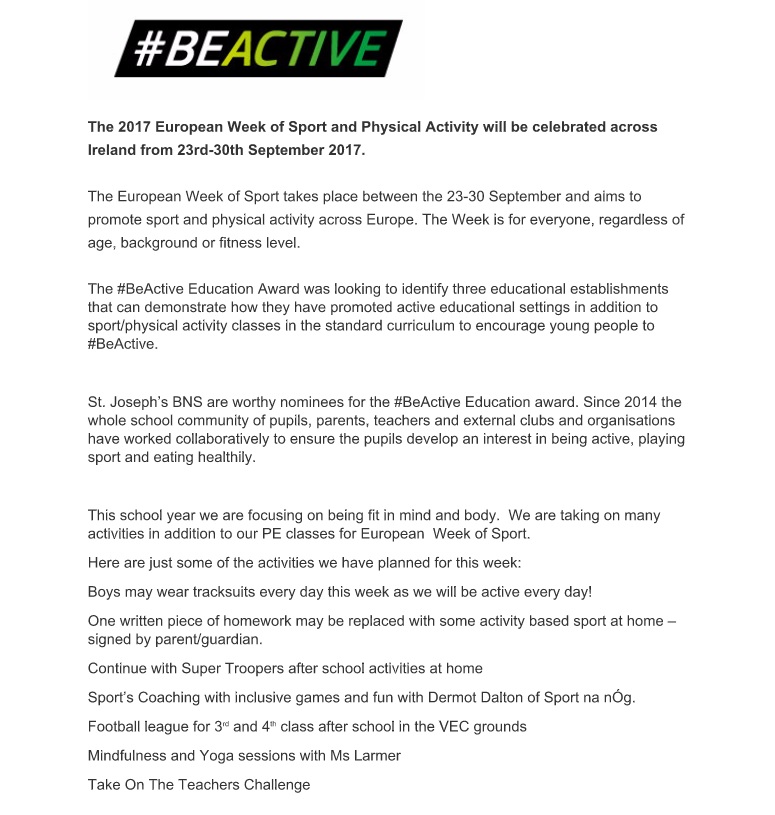 We are continuing a long tradition in St. Joseph´s by running a 3rd and 4th class football league in the first term. It started yesterday and will continue for the next four Wednesdays, weather permitting. Some present football Dublin superstars (Eoghan O´Gara and Denis Bastick) played their first football matches in this league many years ago. Thanks to Mr. Concannon for organising, the other teachers who helped supervise and the 6th class boys who are refereeing. Click below to see more photos. 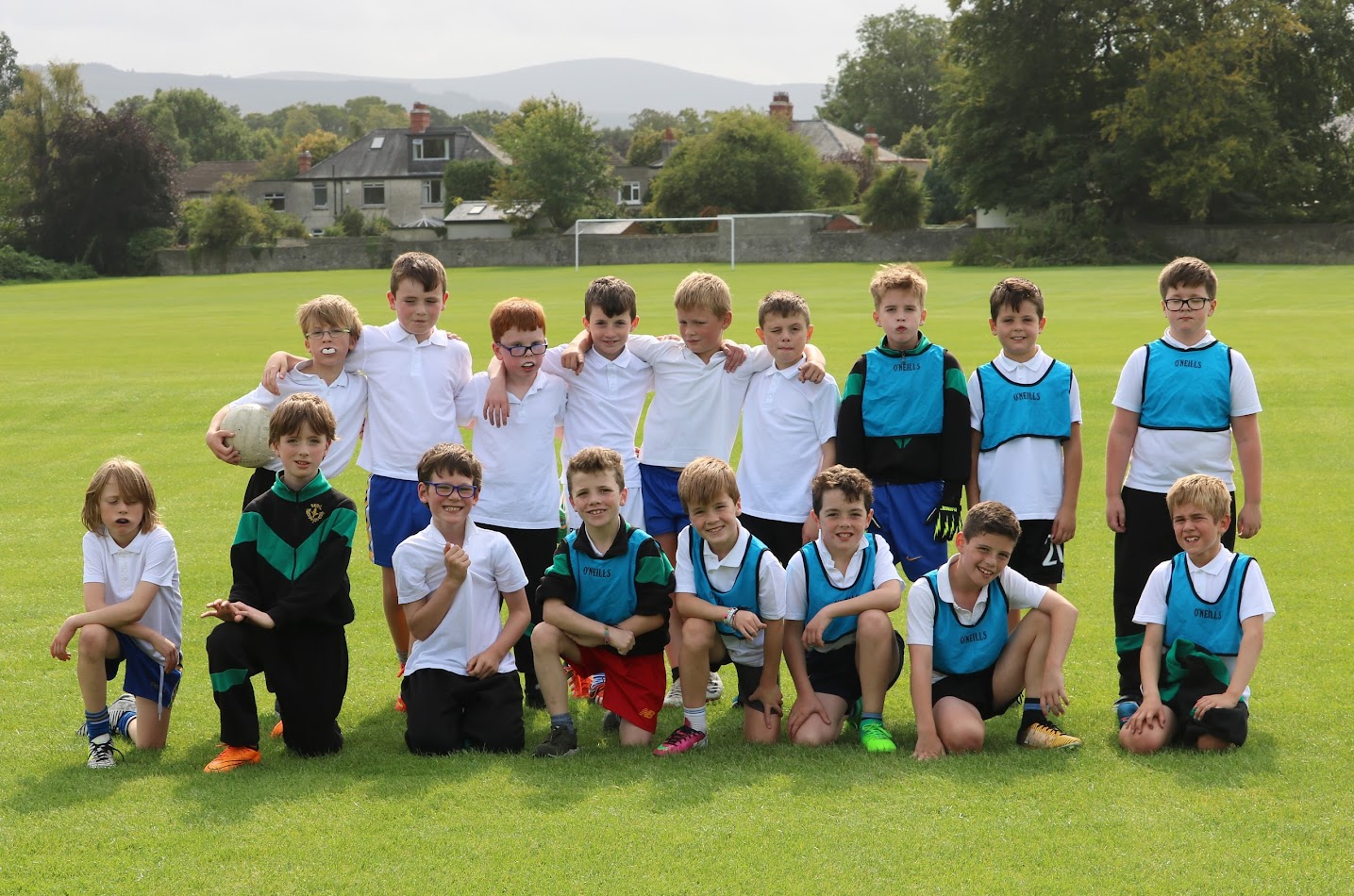 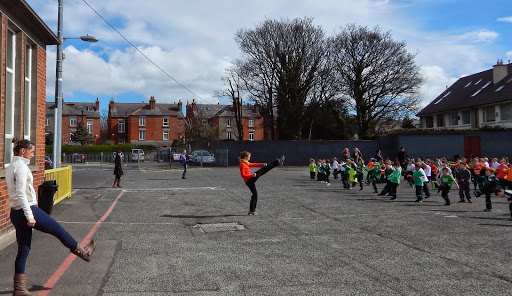